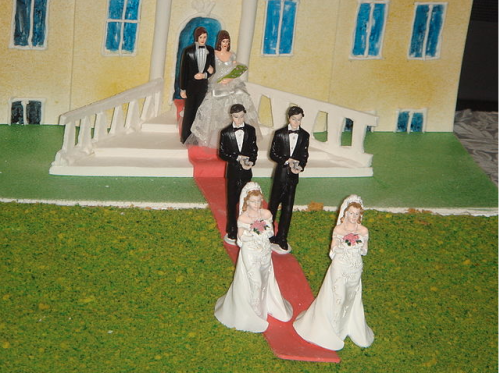 The liberal wing of the Supreme Court, notably including swing Justice Anthony Kennedy, today made same-sex marriage legal in every state of the Union. Millions, gay and straight, rejoiced.

Writing the majority opinion, Justice Kennedy acknowledged that the Constitution says nothing about gay people, let alone gay marriage, because when it was written there was no visible gay population. Same-sex marriage was not an issue. Justice Kennedy explains:

The nature of injustice is that we may not always see it in our own times. The generations that wrote and ratified the Bill of Rights and the Fourteenth Amendment did not presume to know the extent of freedom in all of its dimensions, and so they entrusted to future generations a charter protecting the right of all persons to enjoy liberty as we learn its meaning. When new insight reveals discord between the Constitution’s central protections and…