A month or so since I posted and I’m still speechless. More soon, I promise.
Meanwhile, there are all sorts of important things to say on the sixth anniversary of the invasion of Iraq, but for now I think I’ll just let a poet say it, again. In 2003 I quoted Yeats, but now let’s let Edna say it. (Above is one of the guys whose story is still trapping mine. Like LBJ, I seem to be unable to get out of that war.)

I shall die, but that is all that I shall do for Death.

I hear him leading his horse out of the stall;
I hear the clatter on the barn-floor.
He is in haste; he has business in Cuba,
business in the Balkans, many calls to make this morning.
But I will not hold the bridle
while he clinches the girth.
And he may mount by himself:
I will not give him a leg up.

I will not tell him the whereabout of my friends
nor of my enemies either.
Though he promise me much,
I will not map him the route to any man’s door.
Am I a spy in the land of the living,
that I should deliver men to Death?
Brother, the password and the plans of our city
are safe with me; never through me Shall you be overcome. 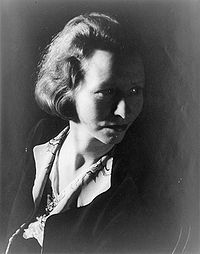